5 Best Patek Philippe Watches You Should Buy in 2021 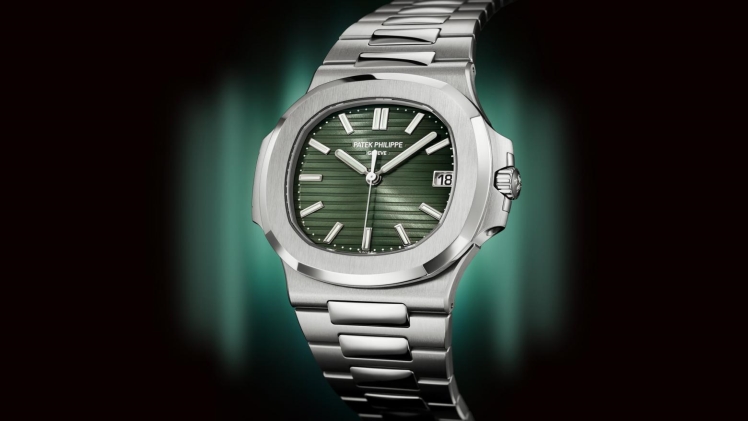 Founded in 1839, Patek Philippe is one of the oldest existing watchmakers that never disappoints its patrons with its collection of high-caliber Swiss-made watches. The brand caters to a wide variety of timepieces out of its superb craftsmanship and innovation. Its strong foundation and commitment to its philosophy and values in designing and crafting time-telling accessories is what really makes it stand out from the rest of its competitors.

For sure, any Patek Philippe patron or regular watch enthusiast can tell you how durable, distinctive, and functional its watches are offered in its extensive catalog. The brand only uses top-notch and premium materials to design watches to offer the best durability and is guaranteed to last.  If you’re planning to buy a classy and exquisite timepiece, opting for the Patek Philippe watch collection is always a great deal. Here we have listed the five best Patek Philippe watches you may consider checking.

First Patek Philippe watch on the list is from the Nautilus collection, a sought-after timepiece launched in 1976. Interestingly, this reputable watchmaker designed a rugged yet sophisticated sports watch, and not just that–it is made in steel when most watches were in valuable metals, and it was evaluated steeply.

At the 30th commemoration of the Nautilus in 2006, the company launched its new version in the ref. 5711. It was inspired by the design of the first Nautilus (ref. 3700), all while designing it into a contemporary face and equipped with powerful in-house caliber movement. It is one of the best sought-after pieces among the brand’s collection, thanks to its outstanding performance and modern face.

To many, Patek Philippe is home to mechanical watches with so many intricate designs and complexities. In any case, it offers a wide range of collections, including its popular super modest dress watches called the Calatrava. Launched in 1932, the modern design has been viewed as the epitome of the ideal dress watch, with grandeur edges.

In 2013, the brand launched the Calatrava ref. 5227, which can be viewed as a trend to this time. Calatrava watches are normally on the smaller side ; for its vintage models, sizes are in 30– 32mm; for its modern versions, sizes are in 35 – 38mm. That is why this 39mm version was a hotly anticipated piece for its patrons, having a Calatrava that would fit modern patron’s wrists.

What makes the ref. 5227 all-around adored is that even with the bigger size, it has the outstanding Calatrava components – the fragile round case, the dauphine hands, and the spotless dial with applied gold records. The official’s case back is an enchanting touch — it opens on an undetectable pivot to show the top-notch caliber movement inside.

The brand offers a wide variety of cutting-edge watches with many twists and curves; however, it would take some deeper understanding to see the great value of the Perpetual Calendar 3940G. It is without doubt the most significant watch in Patek Philippe’s cutting-edge history. It was the main profoundly convoluted, sequentially delivered watch with a lifetime (created along with the never-ending schedule chronograph ref. 3970), and is additionally one of the longest-running creation references throughout the entire existence of Patek Philippe, as it was constantly delivered from 1985 to 2006, spreading over four distinctive case metals and four diverse dials.

Patek Philippe launched the Aquanaut in 1997 as a more favorable option in contrast to the Nautilus. The primary Patek Philippe watch was available in a rubber strap and offered more classic and modern looks. During the 10th commemoration of the Aquanaut in 2007, Patek redid the design, shifting from its previous checkerboard style to a modern angle design. The result is entirely spotless, smooth, and its dial is even more adjusted that shows up more bound together with the case and its rubber strap.

Today, the 516X series is soaring in prevalence, with many considering it to be a great option in contrast to the practical option, Nautilus 5711 — and it sure is. While the steel rendition 5164A and 5167A offers a positive vibe, the 5164R (R for Rose Gold) features the valuable metal with an earthy colored dial and rubber bracelet, making it more attractive for a dress sports watch.

Aside from its attractive features, the 5164R is a multitasker and functional time-telling accessory. At 6 o’clock is a date pointer attached to the home time, and on the left of the 40.8mm case, two catches allow wearers to move the GMT hand freely. The watch is likewise equipped with a water resistance feature of up to 120 meters in depth.

Last but not least, the Calatrava offers a wide range of  quintessential dress watches, including this ref. 5224 White Bold Pilot watch is no new for its patrons who have witnessed the beauty and durability of its previous collection. Taking a single glance, any watch enthusiast will instantly recognize that it is an aviator’s watch, but no one easily believes that it’s from the Calatrava collection.

While they’re not actually known for making pilot’s watches, the company has a past filled with making military watches harking back to the 1930s. The ref. 5224 is a reverence to that time, with current updates: a 42mm case made in white gold rather than the typical steel, and a rich, finished blue dial, rather than dark as one would anticipate from a pilot’s watch.

Patek Phillipe is the home of some of the iconic and elegant watches launched in its extensive catalog. Each timepiece is surely a great investment as it offers premium quality, holds such an exceptional value, and has an elegant design that you’d be hard-pressed to find from the rest of its competitors. So, if you now want to purchase a new timepiece to add to your growing collection, Patek Phillipe is simply the best option.

6 Ways to Look Stunning as a Guest at a Wedding

Why Legging Pants Will Always Be In Style