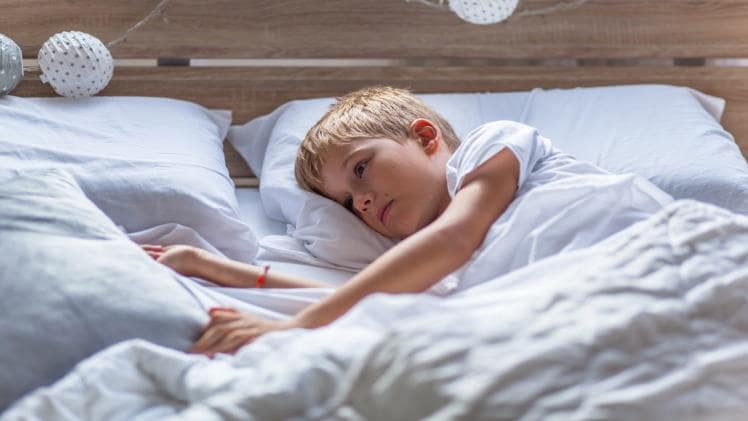 Sleep disorders are frequent in children and teenagers and can even affect newborns. According to studies, poor sleep quality and quantity can cause many problems in children’s lives, including academic, behavioral, developmental, and social challenges, irregular weight, and other health issues. Also, Glendale pediatric sleep disorders can influence family relationships, parental or sibling sleep, and the kid’s health.

The delayed sleep phase syndrome, commonly referred to as “sleepy teen” syndrome, is an exaggerated version of the circadian rhythm shift that normally occurs in late childhood or early adolescence.

Due to their inability to fall asleep or stay asleep until two or more hours beyond their typical bedtime, children with this disorder have trouble waking up in the morning in time for school or other activities. On the weekends, kids with delayed sleep phase syndrome also tend to sleep considerably later than usual.

A toddler or teenager with hypersomnia is very sleepy during the day. Narcolepsy, a neurological disorder that frequently causes daytime sleepiness, a brief lack of muscular control, and hallucinations that happen when a kid falls asleep or wakes up, is one condition that can lead to hypersomnia.

Hypersomnia may result from other sleep-disrupting disorders, including delayed sleep phase syndrome or obstructive sleep apnea. Oversleeping during the day may also be a symptom of epilepsy, concussions, or other medical conditions. Finding the most effective treatment for hypersomnia in children requires careful diagnosis.

Parasomnias are unwelcome bodily occurrences or sensations frequently experienced by younger children when they go off to sleep, while in deep or REM sleep, or when awakened from non-rapid eye movement sleep.

Common parasomnias, such as sleepwalking, disoriented awakenings, and sleep terrors, in which a kid suddenly experiences fear in the middle of the night, often occur when a person is awoken from non-REM sleep. Children may have frightening dreams while in REM sleep. During the transition from sleep to waking, some kids experience temporary paralysis of the body, head, or limbs, while others have hallucinations as they awaken from sleep.

Movement disorders, such as periodic limb movement disorder and restless legs syndrome, are neurological illnesses that result in uncomfortable leg feelings and an intense need to move. The symptoms might keep your kid from falling asleep because they are worse at night. These two movement abnormalities are common and mostly happen at the same time.