A Brief Look into BBQ History 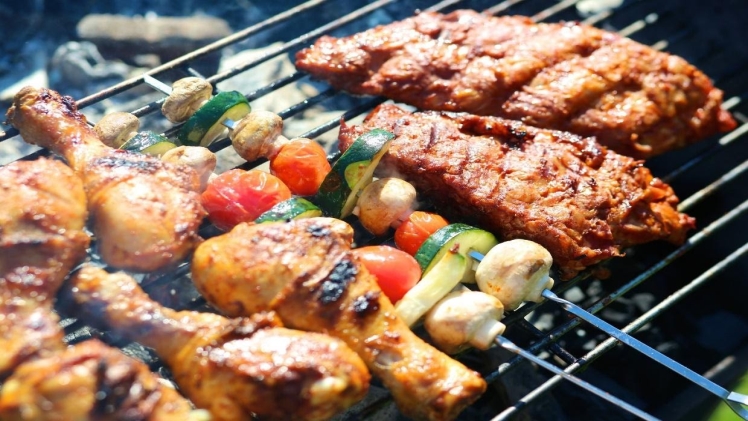 Are you a BBQ lover? Do you love to have those BBQ parties with friends and families? Well, even if you are not much fond of BBQ yourself, you must have been to such parties where you see the sizzling hot meat getting grilled.

Grills are the major part of any BBQ party all around the world. BBQ is more than the hotdogs, and you get to enjoy a whole vibe wherever the meat is grilling. It is no doubt that each and every country comes with its own traditions and culture when it comes to such gatherings.

Well, if you think that BBQ is all about meat, then you are totally wrong. It is much more than that; you need a high-quality grill. A good grill is as important for the BBQ as the high-quality meat. Other than that, every little step you take for the preparation matters. From prepping the meat and choosing the oil that you want to use in the grilling. So, such an evening with loved ones calls for grilling, smoking and searing meat.

History Look Of the BBQ

If we check the studies, not much is known about the origin of the BBQ. It is said that when Spanish travellers came to the Caribbean Islands, the knowing of BBQ started from there.  But it is no wonder that this amazing technique of cooking has been going around for the thousands of years and people all around the world enjoy this.

Barbecue is a wide term that is used to describe different cooking methods and various regions of the world. Every region has given a unique local vibe to the term Barbecue.

Barbecue is basically the method of cooking that uses live fire and smoke to cook the food. If we see the very start of human existence, before the gas and electronic ways of cooking were developed, people used to cook with live fire and smoke. It is the reality that we use historical methods and make them a fashion.

The English word ‘Barbecue’ or ‘Barbeque’ is originated from the Spanish word ‘barbacoa.’

Different countries have given Barbecue a regional touch in the name, so not to be surprised, one can find the different name of the same technique in different parts of the world.

If we are to talk about the different styles associated with Barbecue, American English refers barbecuing to as the slow process of using indirect heat and hot smoke for cooking something. While on the other hand, the British refer to the term as the fast process of cooking that is directly done over high heat.

Different regions have their own ways of barbecuing. To name a few, Southern locale distinct their barbecue process with the use of different sauces. Whereas the Barbecue of Alabama and Georgia is mostly all about Pork.

In South Africa, such gatherings are often termed Braais. Friends and families gather in informal gatherings where they use the open fire to grill or for any other occasion.

So, we can see that each and every region has their own culture and tradition when it comes to Barbecue.

If you want us to know what BBQ and combo grill is like in your region, do let us know. We would love to know about this amazing technique and how it is used in your country.

It is true that the history and knowing of BBQ that has been in the world for thousands of years can be concluded in such a short article. With every country and every region has their own love and culture for this amazing way of cooking, we can’t deny that this is one of the techniques that has been around for decades and will be here for years and years too.

The Most Impactful Restaurant Accounting Methods

Types Of Gin-based Drinks and their Uses