Can Chelsea Win The Champions League? 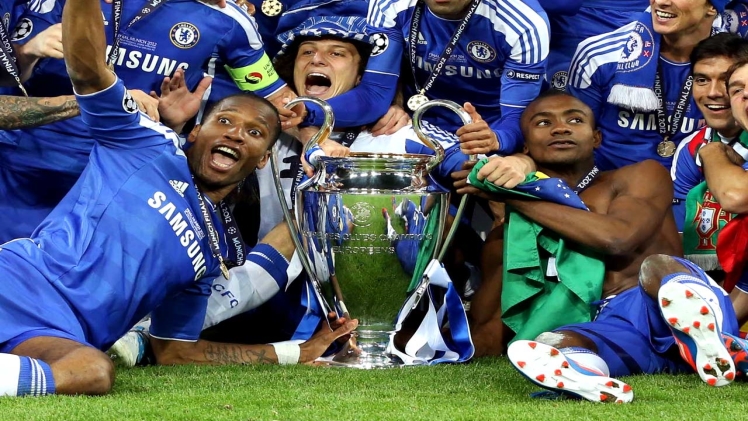 It feels like six months or more since Chelsea sacked club legend Frank Lampard from his role as manager. In reality, it’s been less than half that time. Lampard was dismissed from his post on 26th January 2021. German coach Thomas Tuchel came in to replace him, and the team hasn’t looked back since. They’ve lost just one game under Tuchel – a stock 5-2 reverse at home to West Bromwich Albion – but aside from that, it’s been plain sailing. It looked like Tuchel’s job this season would be to steady the ship and then plan for better things in the 2020/2021 season. Instead, the blues are in the hunt for Champions League qualification via the Premier League and may even lift the famous European trophy this season.

Questions were asked when Tuchel was appointed. He’d won the French league with Paris Saint Germain, but such is the nature of the French league that any other result would have been a disaster. He was hired to bring the Champions League trophy to the Parc des Princes – a dream that’s long been an obsession of the club’s owners – and he wasn’t able to do it. That failure led to him being fired in December 2020. To the doubters, replacing Lampard with Tuchel was replacing like for like. Those same doubters are quieter now. Tuchel has integrated well with the players at Stamford Bridge and won over the fans almost immediately. It’s entirely conceivable that he might round off his early success by winning the Champions League trophy that eluded him in such a costly manner during his last job.

Chelsea were a long way from being considered contenders for the top trophy in club football when Tuchel took the post. The club was still in the competition but wasn’t thought to be likely to make the final stages. Now, as we write this, they’re in the semi-finals. They overcame a late push from Porto as the Portuguese club scored an incredible goal late in the second leg, but Chelsea’s 2-0 win in the first leg gave them the cushion they needed to make it through. They’ll still have to overcome huge teams if they’re to end up as winners – as we write this article, we don’t know whether it will be Liverpool or Real Madrid that awaits them in the semi-finals, for example – but there are only four teams left. One of those four teams has to win it, but why not Chelsea?

Even as the competition draws to a close, Chelsea still isn’t favoured by bookmakers. If you asked them, you’re more likely to get an instant jackpot at an online slots website than you are to see Chelsea reigning supreme over Europe at the end of May. We don’t think that’s fair. For a start, it’s Liverpool that has its own official online slots game at Irish Rose Slots and websites like it, not Chelsea. It’s Liverpool that has the more wildly unpredictable form. Even if Real Madrid overcome Liverpool, this isn’t the Madrid of three or four years ago. It’s far from a certainty that either Madrid or Liverpool would be able to overcome Tuchel’s dogged, determined Chelsea side over two legs to reach the final. The whole reason that people play online slots is that sometimes your bet comes in against all the odds. Bookmakers should be very wary of that before they offer long odds against this Chelsea team.

If we believe in Chelsea enough to say that they’ll make it to the final, we have to look at what awaits them on the other side of the bracket. Their opponents in the final could, poetically enough, be Paris Saint Germain. The Parisians have avenged last season’s defeat in the final by ousting holders Bayern Munich and are intent on going one step further this time. Not only do they want to lift the trophy, but they need to. Winning football’s biggest prize might be enough to persuade star players like Neymar and Kylian Mbappe that they don’t need to move to one of football’s “bigger” leagues in order to realise their ambitions. It might also help to persuade other players to join the club this summer. There are still whispers that Lionel Messi might find his way to France if he leaves Barcelona. The Argentinian legend might find that decision easier to make if his suitors have the world’s most prestigious club football trophy in their cabinet.

A showdown between Tuchel’s Chelsea and his former charges PSG would be exactly the sort of drama that makes football the world’s greatest sport, but it’s not a guaranteed fixture. By the time you read this, you’ll know whether or not Borussia Dortmund were able to overturn their 2-1 first-leg loss to Manchester City and reach the semi-finals themselves. They, like PSG, need a huge win to persuade star names like Jadon Sancho and Erling Haaland to stick around. Manchester City, on the other hand, will feel like they’ve had a failed season if they fail to win the Champions League. They’re almost guaranteed to win the English Premier League, but that won’t matter. Pep Guardiola is on record as saying that he was brought to Manchester to bring the Champions League trophy to the Etihad. He hasn’t done it yet, and that frustration drives him. Either a hungry Dortmund or Manchester City might be too much for PSG when the semi-finals are played.

Chelsea can’t control who they play against – they can only control how they play. With Tuchel at the helm, they play very well indeed. Suddenly, Mason Mount has gone from being a young midfielder with a lot of potential to becoming one of the most highly-rated midfielders in Europe. Kai Havertz has remembered where the back of the net is. Thiago Silva has started rolling back the years, and N’Golo Kante has rediscovered the form that made him the signing of the season when he joined the club from Leicester City in 2016. We’re not saying that Chelsea will definitely win the Champions League, but we’re saying that the promise and potential for them to do so is there, and nobody – especially not bookmakers – should be surprised if it happens.