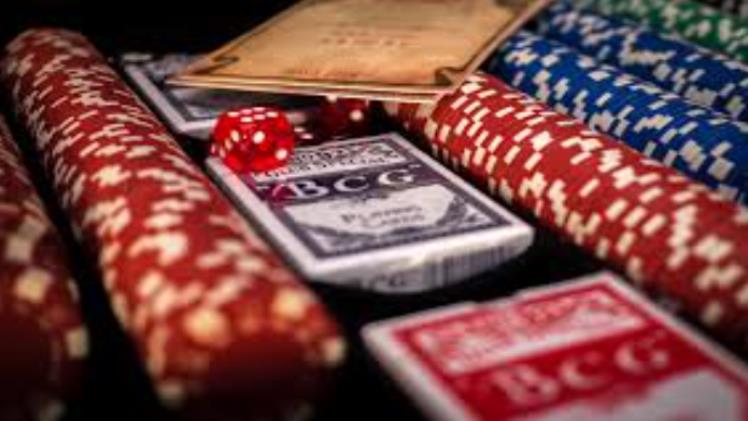 Teen Patti, a card game of Indian origin that is considered to be mostly a game of luck, has been a source of fun but also frustration for many gamblers for years now. It is because of the belief that it’s a game of luck, many players recklessly enter this game without applying any strategy and therefore rush into unnecessary losses. To save money in your pocket and, if possible, leave the casino with more than you came with, we have prepared a guide that will take you through the rules and strategies of the Teen Patti game.

The game is traditionally played with 3-6 players using a 52-card deck without the jokers. It is required that each of the players bet the same amount also known as Ante. The dealer then proceeds to deal 3 cards to each player after which the players can make their moves. Essentially, the players decide throughout the game if they want to keep playing or quit the game. When they decide to play they must place a bet and when they fold they must throw their cards and wait for the next round before they can partake in the game again.

With a basic understanding of the game, we can get to strategies and tips to help you beat the edge in the game of Teen Patti Real Money but we do also recommend doing a deeper dive into the very structure and rules of the game if you are a beginner.

Similar to poker, in Teen Patti you have the option to bet before other players see their cards. Here you need to rely on your ability to read other players. You will follow their facial expressions and body language and make decisions based on your assessment. It’s also a great way to confuse opponents in the first few rounds, as well as place smaller bets and lose less.

If you are an experienced player this could give you a serious edge over your opponents, especially beginners who are easily intimidated and manipulated.

This is an important tip, especially for new players. Entering with smaller stakes will allow you to gradually raise both stakes and your winnings, and you will gain time to study your opponents and their behavior as well as their style of play. Starting with a big stake means that you have to make gains in a short period so that you don’t spend all your money quickly, which doesn’t leave you much time to analyze the game and your opponents. That’s why in this game you should be guided by the saying “Slow and steady wins the race”.

Don’t place a big bet right after a good hand

Instead of rushing in and significantly increasing the stakes as soon as you get a good hand and thereby scaring and distracting the other players, arrange a few smaller stakes that will not seem so suspicious in order to encourage the other players to continue playing. Therefore, when the players finally fold, the sum of your winnings will be significantly higher.

The sideshow poses a great advantage in the game of Teen Patti. This move allows you to see the cards of a person who last placed a bet provided that they didn’t play blind and have already seen their cards. The person with a better hand stays in the lead, and this move gives you a great edge in the game if you use it right and especially if you believe that the person you’re doing the sideshow with has weaker cards than you.

There is no such thing as a “bad hand”

Being that the objective of the game is mainly to guess which cards your opponents have and how they will play with them, the game isn’t based so much on the cards themself, but rather on how you decide to play them. The players rarely act impulsively and it’s usually quite easy to figure out what their gameplay is like if you pay close attention. Despite being dealt a bad hand, you can still use your wit and strategy to win.

Keep track of the cards

This tip is by far the most demanding of all the tips. In addition to the player’s reactions, it is very important to pay attention to the cards themselves and to try to follow the sequences of cards that have been played. This will give you an idea of ​​what kind of cards your opponents are dealing with and you will be able to make calculated decisions. This method is something that requires a lot of practice so don’t expect to be an expert on your first try. In the first few games played this way, you will probably be more confused than focused and the results may not be what you hoped for, but don’t let that discourage you because with a little practice you can master this technique.

As you try to read your opponents and predict their next moves, be aware that they will do the same to you. We all have something that gives us away and there are chances that you may not be able to hide it, but try to be as subtle as possible. Practice a calm, hard-to-read facial expression that doesn’t show emotion, and be aware of your body language at all times so you don’t reveal yourself unnecessarily.

As important as it is to be educated on the game, don’t forget to practice a lot either with your friend or online before playing for real. Good luck!