How Automation is Transforming the Farming Industry 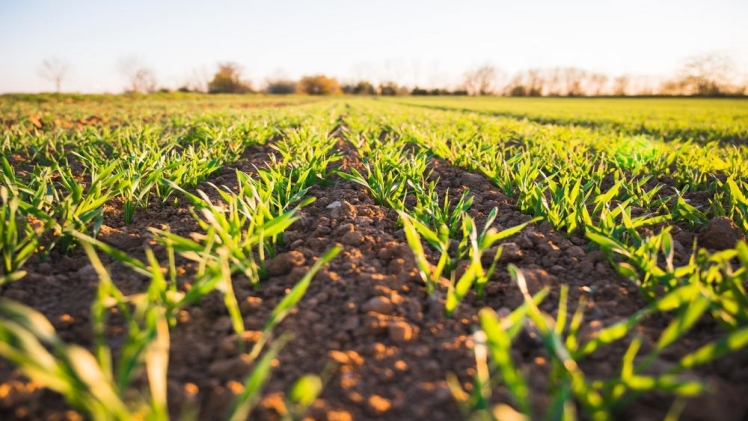 A few generations ago, farming saw an immense change with the onset of the industrial revolution. Most of the farming community welcomed this new age. The burden of work was lessened and farmers had more time to focus on other things.

Now, a new revolution is happening. This aims to make farming more efficient through automation and digitalization, thus helping farmers manage their resources better and produce more yields. Learn how this revolution is impacting the farming industry around the world in today’s post..

With technological advances, farming has seen some big changes over the last decade. From advancements in genetically modified seeds to self-driving tractors, the once antiquated industry has become increasingly automated.

We’re still in the relatively early stages of automation and there’s quite a bit of growth that can take place within this market. As with technology in general, advances can be made at almost any time and can disrupt the way people do things. This is as true today as it has been throughout our history.

The impact of automation in the farming industry is monumental and here we’ll touch upon just a few of them. They include:

Boosts the quality of yields

Farming is a tough business even when things are going right. Luckily automation in the farming industry is helping make a big difference in the quality of the yield. The combination of machines, software, sensors, and artificial intelligence is allowing farmers to do everything more efficiently. With the development of technology, fertilizers, genetic engineering, and irrigation systems, automation has expanded the range and quality of food production around the world.

As the adoption of technology for agricultural tasks increases, so does the potential for these technologies to cut costs. There are already examples of automation in place that can have a significant impact on costs. For example, automated harvesting machines are being used across Europe which have cut harvesting time in half reducing labour costs whilst improving yields by up to 75%.

The current round of automation is removing human labor costs and improving efficiency while also saving money for both farmers and consumers.Manual labor is expensive, so by using machines to do work that was once done by humans farmers are saving money and time.

Reducing the environmental impact of agriculture

Agriculture uses huge amounts of natural resources: water, energy and land resources. Numbers of inputs are used throughout the agricultural cycle for crop production such as tillage, fertilizers, irrigation and crop spread, animal husbandry and crop pollination. Modern farming practices have led to an increase in the use of automation, artificial intelligence (AI) technology and machinery in the farming industry. For example, automated sowing and growing systems have also been developed to increase the amount of food produced on less land while reducing environmental damage from agriculture.

Agriculture is one of the most labor-intensive industries. It takes years of training to become an employee of a large farm, and decades more to become trained in human resources and equipment maintenance.  Automation, however, has advanced significantly in recent years and is transforming the farming industry and increasing productivity/ Automation can help in several ways, such as increasing the size of fields and farming output as well as reducing variability in weather conditions (mostly affecting agricultural crops).

Also, automating mundane tasks allows farmers to become more productive while also saving time. Machines can do a far greater job than humans because they can do repetitive actions with little or no human intervention.  For example, a tractor can plant a field more thoroughly than an earthmover could, because machines can do repetitive tasks much more quickly and reliably than humans.

With automated machines, farmers are able to operate within tight deadlines while minimizing losses during bad weather.

The farming industry is one of the world’s most dangerous environments to work in. Automation makes matters safer for farmers and farm workers alike.

When it comes to big, dangerous machines that humans operate around the clock on a regular basis, there are many variables for mishaps to occur. Automating these machines reduces the number of errors that occur and increases efficiency tenfold. Of course, there is a lot more to consider than just efficiency when talking about a piece of equipment as massive as one used in the farming industry. In order to prevent accidents like injuries, it’s necessary for farming employers to go through all the different options available.

Automation is also relied upon to create a safe and healthy work environment. For example, Workplace Health and Safety Management systems do not only help save money in the form of liability and labour cost, but they help the farmer eliminate the risk of injury or equipment failure while fostering safety.

Automation will also improve health and safety on farms. Machine vision can alert infrastructure managers when equipment is operating too close to a target; during testing automation removes human error on the part of operators who rely on instinct instead of data.

Rules have a cost and a benefit, but the only thing more costly than rules is failure to enforce them. And now we know that even the best-intentioned rules need to be enforced with rigor. In the past several years, we’ve seen how automation can fill regulatory gaps in many regulatory settings–automation of routine audits, for example, or the development and deployment of secure payment channels by financial institutions. An example of such software is the WHS Management system that help farmers meet WHS compliance without hassle saving them thousands in fines

Regulatory compliance comes with a high degree of complexity. This has created the need for an optimal approach to regulatory management, along with the tools needed to do that job effectively. Automation makes regulatory compliance more accessible while still providing the same level of quality service.

Automation can remove massive amounts of paperwork from your workflow, making it easier for you to comply with complex regulations and policies. Automation moves the bottleneck from compliance team to management, leading to better decisions, faster results and reduced errors.