How to appreciate a movie 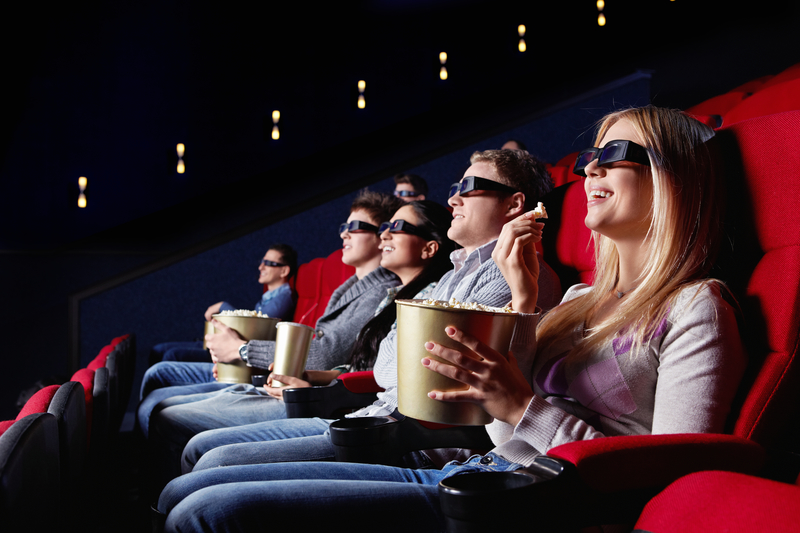 First of all, always try to watch movies in the best conditions. A film on a very small screen, a bad copy, poor sound, or in an unsuitable environment, is reflected in the enjoyment and, consequently, in the opinion that is later held of the film.

Do not ask a film for something other than the intention with which it was made. In other words, a commercial film should not be judged, for example, as if it were art cinema or vice versa. You have to see the cinema without prejudice, well predisposed to the type of film you are going to see. Don’t make the mistake of saying you’re not afraid of ghosts before watching a horror movie.

You don’t need to know the language and theory of film to properly appreciate a film. Remember that cinema, essentially, is about life. Even fantastic stories are carried out by people and what happens to them generates feelings and ethical positions in them.

And if you are interested in the elements that make up a film. The fundamental ones are Script (characters, action, conflict, dialogues, narrative structure), Photography (lighting, camera movements, composition), Staging (sets, sets, costumes, makeup, interpretation), Editing (rhythm and continuity), and Soundtrack (music, sounds, sound effects).

ADVANTAGES OF WATCHING MOVIES AT THE CINEMA

The simple fact of watching movies has its benefits, but enjoying them at the cinema has many more advantages than can be enjoyed in the first few minutes. Going to the cinema enjoys a movie can have several perspectives, but you always enjoy the movie more when you go accompanied by friends or a partner.

The giant screen is one of the most enjoyable aspects. Compared to seeing a screen on our TV, it falls short. Movies on the giant screen will always be a show that is enjoyed. To this, we must add a good sound that is always present in the room.

Another factor that is left to our choice is the movies, a billboard with new movies will not go out of style. A benefit that gives rise to variety, having the possibility to choose from more than 5 films.

Something that characterizes the cinema is the possibility of enjoying it first before getting it elsewhere. In short, be one of the first people to enjoy your most anticipated movie first.

Because we can find everything around us in the cinema, it can be more satisfying. The sound, the lighting, and the people around us.

Who would say, it is the best there is in the cinema. The delight of all the groceries that we can buy to accompany the film, at home we can prepare it but in the cinema, we have everything at hand.

Advantages and disadvantages of watching a movie in the cinema

Technological advances have provided more and more options to watch movies whenever and wherever you want. Nowadays, you can watch movies on your laptop, electronic tablet, and even smartphone. However, if you want a “bigger” experience, you’ll have to choose between staying home or going to the movies. Which is better? The answer is completely subjective. Going to the movies has a large number of advantages and disadvantages.

Experiencing a movie at the theater allows you to see the movie on a huge screen in great detail. It also offers a surround sound system that enhances the entire experience, making you feel as if you are truly part of the story. However, the downside is that you have no control over any of these. The volume may be too high or too low, and the image may look slightly blurry or too bright to your eyes.

Watching a movie in a movie theater packed with other people can be very satisfying, especially for a movie that elicits a backlash. The feeling of unity will be pleasant. On the other hand, other people can be a great source of distraction and annoyance. Despite the warnings, many people talked or texted while the movie was showing (on their cell phones or with friends). Others might kick your seat back, spill food or drink, or take unruly kids to the movies.

Movie theater concession stands offer plenty of snacks. Moviegoers enjoy popcorn, nachos, and a wide variety of sweets and soft drinks. Some theaters even offer restaurant-style food and alcohol to enjoy during the movie. Unfortunately, movie snacks are notoriously expensive; they can charge you more than double the normal price even for a small soda. Also, if you want a snack during the movie, you’ll have to miss a portion of it to take a trip to the concession stand.

You can count on theaters always having the latest and greatest movies. The largest theaters, with 12 or more screens, can show a dozen movies at a time, giving you plenty of options. However, big theaters generally stick to Hollywood blockbusters and don’t show independent or small-studio movies. Also, because the number of screens is limited and theaters need to attract as many people as possible, some popular movies may not be shown.

Movie theaters usually only show new movies. When an especially popular movie comes out, people clamor to see it immediately if they don’t want to wait for it to be shown on television or for a DVD release. However, the privilege of seeing a movie immediately is expensive. Movie tickets are often over $10, and you have to contend with huge crowds and long lines. The cost and crowded circumstances can lessen the pleasure of watching the new movie.

Its extremely easy to downloads movies from Worldfree4u.