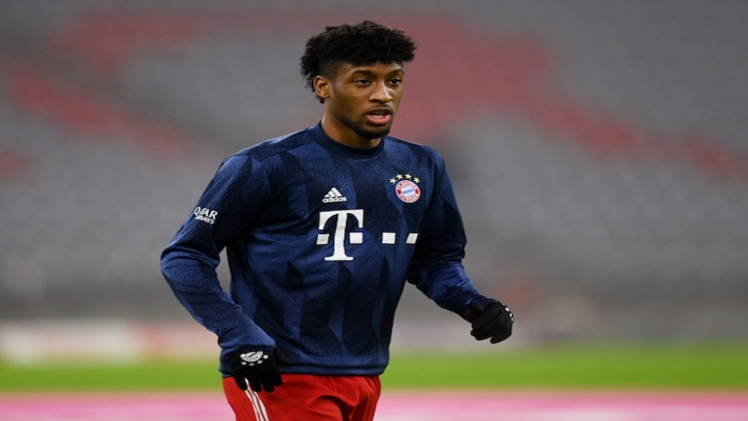 The Bundesliga is a great place for a young footballer to get noticed. The quality of the league is good, the fans are appreciative, and there’s a high level of prestige associated with playing in Germany’s top division. Germany even routinely gives us UEFA Champions League winners. A move to Germany is a great way to build your reputation if you’re not being appreciated at home. Former Manchester City trainee Jadon Sancho has proved that at Borussia Dortmund, as has ex Birmingham City star Jude Bellingham. Germany is great for progression – but it’s not the place to stay if you want to become a megastar.

The management structure of German clubs makes it all but impossible for them to match the kind of salary packages that are available elsewhere on the continent. On top of that, the Bundesliga is seen as a step or two behind the English Premier League, La Liga in Spain, and perhaps even Serie A in Italy. Borussia Dortmund and Bayern Munich are as strong as any teams in the world, but below them, the quality of the competition diminishes rapidly. Players seeking riches and elite-level competition eventually go elsewhere. Sancho will probably join Manchester United this summer. His goalscoring teammate Erling Haaland might well find his way to Chelsea. Over at Bayern Munich, star winger Kingsley Coman has finally decided that his time in Germany is over, too. At the age of 25, after six years with Bayern, the Frenchman wants to go to England.

Leaving Bayern Munich won’t necessarily be easy for Coman. He’s under contract until 2023 but has been unhappy since the club signed former Manchester City winger Leroy Sane. He feels he’s a superior player to Sane, but Sane has a much bigger contract and enjoys a higher profile. To make matters worse, Sane was handed Coman’s preferred number 10 shirt upon his arrival. Contract negotiations regarding an extension between Coman and the club have been ongoing for a while, but Coman wants his salary increased to match Sane’s. Bayern Munich’s executives aren’t willing to do that. With talks at an impasse, Coman has now told the club that he won’t be signing any extension and he wishes to leave. That means Bayern have only three options. They can try to persuade him to change his mind. They could also accept that he’s going to leave on a free transfer in two years time. Alternatively, they could grant him his wish and get a sizeable fee for him by selling him now.

If Coman were to become available, most of the top clubs on the continent would be interested. If the reports coming out of Germany this week are correct, though, Coman isn’t interested in going to Spain or Italy. Only the English Premier League interests him, and so his options are limited. Some reports, including a prominent one in the Daily Mail, claim that Manchester United are interested in Coman. That’s hard to believe if we’re also expected to believe that the Sancho deal is going ahead. Manchester United would presumably be interested in Sancho or Coman, but not both. Sancho is the priority, and so they’d only turn to the Frenchman if they couldn’t get their man.

A reasonable fee for Coman in the current financial climate would probably be between sixty and seventy million pounds. Most clubs within the top eight of the English Premier League could afford to pay that amount, but Coman wouldn’t be likely to agree to join a club that can’t offer him Champions League football. That rules Arsenal out, much as the Gunners would surely love to have a player of his quality. Leicester are also out on those grounds and probably weren’t in the running anyway. That leaves us with Manchester City, Manchester United, Liverpool, and Chelsea. We’ve already dealt with Manchester United, so let’s look at the other options.

Manchester City probably won’t be interested. They sold Sane because they didn’t need him, and Sane and Coman are players of a similar style and standard. They will spend big money this summer, but it will be to acquire a new striker rather than a new winger. With Raheem Sterling, Phil Foden, Kevin de Bruyne, and Bernardo Silva to call upon, City don’t need any more high-profile attacking midfielders or wingers. They have an embarrassment of riches already.

If we rule City out, that leaves us with Chelsea and Liverpool. Both clubs feel like a good fit for Coman. Chelsea’s transfer priority this summer appears to be Erling Haaland, though. It’s Liverpool who are yet to be linked to any major acquisitions, and Liverpool might be the best candidates for Coman. Jurgen Klopp needs a star signing to reinvigorate a side that struggled at times last season, and while Liverpool doesn’t traditionally spend more than fifty million pounds on a single player, they’d probably make an exception for the obviously gifted 25-year-old. They’d look upon him as a long-term investment capable of helping them climb back into contention for the Premier League championship. If Coman does go anywhere this summer, our money would be on Liverpool.

“Putting your money on it” is probably the right expression here. That’s still an option for Bayern Munich. It’s understood in the German press that incoming coach Julian Nagelsmann rates Coman highly and wants him to stay. This might be an early conflict between the manager and the board. Persuading Coman to stay at this stage means paying for the privilege. The Bayern board now has to do what every online slots player does when they’re chasing a loss. The comparison is an apt one, as Coman’s potential suitors Liverpool have an online slots game of their own available at Rose Slots Canada. The options are simple. You either accept that you’ve made a loss and you walk away, or you spend more money in the hope that your fortunes will improve. In the case of Bayern Munich, they also have the option to “bank their winnings” by selling Coman immediately – an option that most online slots players don’t have. Does it make more financial sense to cash in or to pay up? Only they can answer that question.

If nothing changes, Coman will expect to be playing for another team in another country by September. If he’s not, and he’s still at Bayern when the transfer window closes, the club might have an unhappy player on its hands for a season or two. That helps nobody. We expect Coman will still be playing in red next season – but it will be the red of Liverpool Football Club.