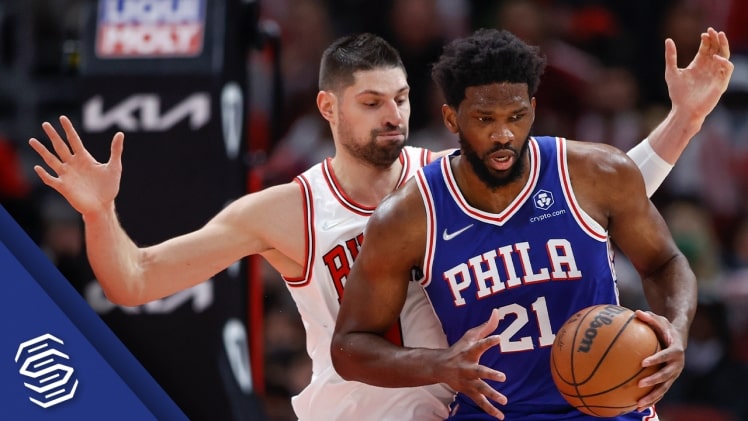 Trying to make score predictions when it comes to the NBA should be getting easier as the season winds down, but that just doesn’t appear to be the case. Action in the NBA just continues to be unpredictable, but it has made for a great playoff race in each conference in the league.

This has been the most normal NBA season in two years, and the NBA champion will have to work extremely hard to put on the crown. This season also feels like there are about 10 teams with a legitimate chance to win a title, and that always adds to the excitement.

These playoff races are going to continue to get better as time goes on, and you’ll also see the odds change as well. The Phoenix Suns and the Milwaukee Bucks could be on a collision course to meet up again in the NBA Finals, but there are plenty of games to be played.

Even though the playoff races appear to be shaping up in each conference, the real action and drama will begin when the NBA Playoffs start.

Suns Cruising in the West

It is the Phoenix Suns that have taken a commanding lead in the Western Conference, as they lead the way by more than eight games. Phoenix has had to deal with some injuries and adversity as well, but they have been able to manage better than the rest of the teams in the NBA.

Despite the fact that Phoenix has a big lead in the standings, the Suns are still just +170 when it comes to the betting odds to win the Western Conference. Golden State has odds set at +180 to win the West, and oddsmakers still give the Warriors a chance to be competitive.

Tight Battle in the East

The real drama comes in the Eastern Conference as there are seven teams within 6.5 games of first place. It’s nearly impossible to figure out playoff seeding in the East, and it’s best to wait until the regular season ends to even try to handicap the playoff field.

The Miami Heat are currently in first place in the East as they hold a slim two game lead over the Milwaukee Bucks. The Philadelphia 76ers are also lurking as they are just three games out of first place.

Chicago entered the All Star Break at the top of the East, but they have gone through a rough patch and are now sitting in fifth place. The Brooklyn Nets, a popular pick to win the NBA Championship, are currently in 8th place in the division and will likely be in the play-in game.

Who Wins the Title?

Playoff seeding usually matters in the NBA, and you don’t usually see a lower seed emerge as the NBA Champion. That could change this year, especially in the East as the Brooklyn Nets are still one of the betting favorites.

Injuries tend to have an impact on several teams in the NBA, and those injuries have the ability to derail any real chance at winning the title. Predicting the team that is able to navigate injuries is a major problem, but that’s also why you need to look at the best teams.

The Phoenix Suns in the West and the Philadelphia 76ers in the East appear to be two of the top teams. Don’t be surprised to see these teams meeting up in the NBA Finals.