Tips for Preventing Alcohol Addiction as an Adult 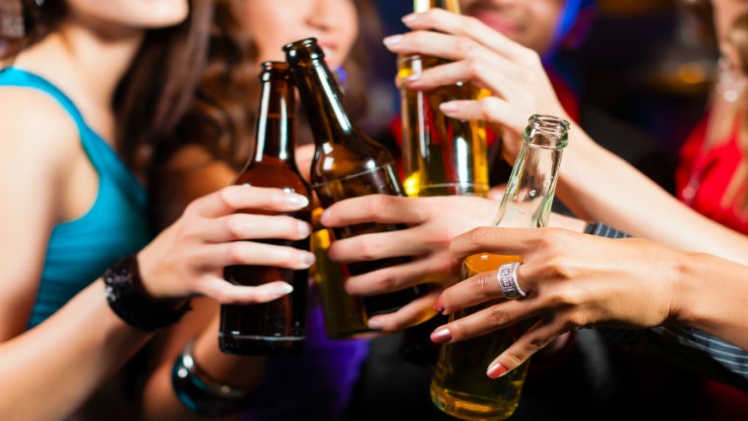 When it comes to addiction, alcohol can be one of the more difficult ones to battle. It is easy to start drinking at a young age, and before you know it, alcoholism has become an issue that needs rehab. Rehab centres  do not sponsor these; they are just some strategies that have helped many individuals stay sober for years. This article will provide some tips on how you can prevent becoming addicted as an adult.

Let’s look at these tips.

This is important for many reasons. Knowing your limits will prevent you from drinking too much and becoming an alcoholic. Still, it can also help reduce other risky behaviors that you may engage in while intoxicated, such as unsafe sex or driving under the influence of alcohol (DUI). Also, suppose you know your limit before engaging in any activities where intoxication could be involved.

In that case, this means there should not be a problem because you are simply abiding by these rules, to begin with. This way, nothing needs to change at all.

Binge drinking is defined as having four or more drinks in two hours for women and five or more drinks in the same time frame for men. When you binge drink, your chances of becoming alcohol dependent increase because it can lead to long-term changes that establish a craving for alcohol, resulting in addiction problems down the road. If you find yourself frequently consuming large amounts of alcohol at one time, consider changing up how much you drink each day instead.

The first step in preventing alcohol addiction as an adult is to identify your triggers. The best way to do this is by logging or journaling, writing down the time and place of when you drank and what caused you to drink. For example, if it was a stressful day at work, take note that drinking can be used as a coping mechanism during times of stress.

Another important thing adults should remember about preventative measures against alcoholism they’re consuming each sitting. Just because there’s no age limit doesn’t mean people don’t know their limits. Try avoiding shots and opting for beer instead if you want more bang for your buck without becoming intoxicated too quickly (and potentially over consuming).

If you find yourself drinking to numb your emotions or escape reality, it’s time to take a step back and reevaluate why you’re reaching for the bottle. Alcohol is often used as an emotional crutch by those trying to avoid dealing with their feelings head-on. If this sounds like you, rehab might be in order.

6. Surround yourself with non-drinkers

Not only will they be better influences, but you’ll also feel more comfortable when socializing. If everyone around you is drinking, it may become more difficult for you to resist temptation.

The less often that someone drinks alcohol, the lower their risk of developing an addiction becomes; therefore, try limiting yourself to one or two glasses/drinks per occasion and see how this affects your behavior positively.

Alcohol rehab is not only for teenagers or adults with alcohol addiction; rehab can also help prevent future cases of alcoholism. Alcohol rehab helps people become aware of their drinking problems and understand why they drink the way they do.