Types Of Gin-based Drinks and their Uses 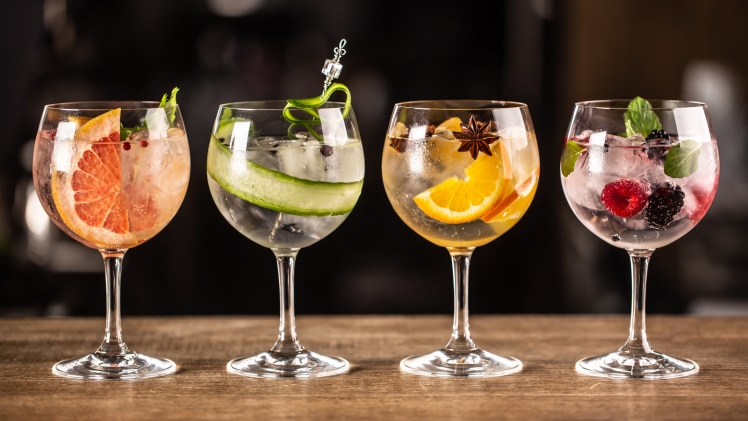 Gin is a colourless flavoured liqueur made up of purified spirits gathered from the mashed-up juniper berries. Drinks made up of gin can be flavoured using lemon, orange peel, spices such as anise, orris root, liquorice root, cardamom, cinnamon, cubeb, almond, saffron, coriander, and nutmeg, amongst others.

Different concentrations of flavours in gin make up different styles of cocktails that should be consumed. They balance the bitter taste of gin and add an extra flavour to the drink. Cassia bark, lime peel, and grains of paradise are other ingredients that spice up Gin-based cocktails.

The light botanical spirit of the gin adds bracing refreshment to every drink. All the sweet and straightforward cocktail recipes, when added with the element of gin, create that extra spark that refreshes both body and spirit.

Martini is one of the most famous gin cocktails. It is made of dry vermouth and gin. Other gin-based drinks include-

Nowadays, gin comprises a different range of herbal ingredients that give it a unique style and brand. Gin is most commonly consumed with tonic water.

Gin is made up of juniper berries that contain no saturated fats, carbs, and sugar. Earlier it was used for medicinal purposes. Consuming gin in any form helps in digestion and relieves bloating. It has a very low-calorie count.

The taste of gin is bitter so it is not devoured neat, a supplementary drink is mixed up with it to mask the bitter taste of gin. It can be used by mixing up with food as well. Gin and tonic pancakes are very popular.

Consumption of gin is also known to help with joint pains and arthritis. The medicinal properties of juniper berries have been learned to treat various health conditions. The berries also contain flavonoids, which are known to clean clogged arteries. Gin can help with reducing the risk of heart attacks and cardiovascular diseases.

The Most Impactful Restaurant Accounting Methods